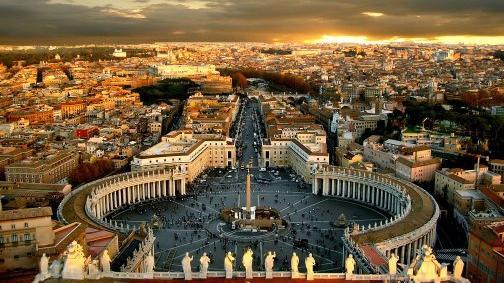 Germany’s Catholic bishops, responding to a worldwide Vatican survey, saidroday that many Church teachings on sexual morality were either unknown to the faithful there or rejected as unrealistic and heartless.

They said the survey, drawn up for a synod on possible reforms in October, showed most German Catholics disputed Church bans on birth control and premarital or gay sex and criticised rules barring the divorced from remarriage in church.

The results will not be news to many Catholics, especially in affluent Western countries, but the blunt official admission of this wide gap between policy and practice is uncommon and bound to raise pressure on Pope Francis to introduce reforms.

Bishops in Germany, one of the richest and most influential national churches in the 1.2-billion-strong Catholic world, have been pressing the Vatican to reform, especially over divorce.

A statement from the German bishops conference called the results “a sober inventory of what German Catholics appreciate about Church teaching on marriage and the family and what they find offputting or unacceptable, either mostly or completely.”

Since his election last March, Pope Francis has hinted at possible reform on divorce and at a more welcoming approach to homosexuals. But he has stressed he does not want to change core Church teachings such as the ban on women priests.

The bishops’ report said many Germans still respect the Church’s ideal of stable marriages and a happy family life.

“The Church’s statements on premarital sexual relations, homosexuality, on those divorced and remarried, and on birth control, by contrast, are virtually never accepted, or are expressly rejected in the vast majority of cases,” it said.

“Almost all couples who wish to marry in church have already been living together,” it said. Less than three percent of Catholic couples, it said, use the rhythm method of birth control favoured by the Church rather than the pill, condom or other methods.

While almost all German Catholics approved artificial birth control, the “vast majority are against abortion”, it added.

There was a “marked tendency” among Catholics to accept legal recognition of same-sex unions as “a commandment of justice” and they felt the Church should bless them, the report said, although most did not want gay marriage to be legalised.

The report said many Germans cannot understand the rule that divorced Catholics cannot remarry in church and must be denied the sacraments if they opt for a civil ceremony.

Especially faithful churchgoers in this situation see this as “unjustified discrimination and … merciless,” it said.

Pope Francis has suggested the Church wants to show mercy towards divorced Catholics and might ease the rules, taking an example from the Orthodox churches that allow remarriage.

The German bishops suggested the Church should move away from what it called its “prohibition ethics” of rules against certain acts or views and stress “advisory ethics” meant to help Catholics live better lives.

In sexual morality, it should find a way of presenting its views that does not make people feel it is hostile to sex.

The report further said the Vatican should “take married couples and families seriously” and actively involve them in preparing the synod due to discuss possible reforms in October.  (source)

Those who want to interact with this blog are invited to “Leave a Reply” below.  A solid way to begin doing this is to offer “readback lines.”  To do this, quickly glace back over the entire blog and pick out the one or two lines that have made a deep impression upon you.  Copy them [CTRL-C] and then paste them [CTRL-V] into an empty comment box below.  If you wish, signal the emotion that you feel when reading your readback lines.  The primary emotions are anger, disgust, fear, happiness, sadness, surprise.   No need to further explain yourself.  It is enough to identify the text important to you and to name the emotion(s) that it evokes.  All of this normally takes less than a few minutes.

I and others will “thank you” for your contribution.  If you are tempted to say more, I urge you to hold back.  Your sense of safety and the safety of others is best protected by not getting overly wordy in the beginning.  This will come after a few days or weeks.